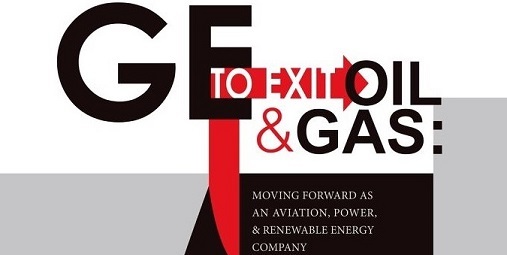 A year into his tenure as its top executive, John Flannery is fulfilling his promise to revitalize a troubled General Electric (GE) by streamlining the company’s operations. Flannery has pledged to sell US$20 billion worth of assets as he narrows the company’s focus to three core units: aviation, power, and renewable energy.

Included in the liquidation are the company’s ties to oil and gas.

In June, GE found a buyer for its Distributed Power business. Despite interest from such companies as Cummins, Wärtsilä, and Kohler, Advent International (Advent) signed a definitive agreement to acquire GE’s Distributed Power business for US$3.25 billion. The transaction includes GE’s Jenbacher and Waukesha engine lines, as well as manufacturing sites in Austria, Canada, and the United States. The transaction is expected to close by the fourth quarter 2018, subject to customary closing conditions and regulatory approvals.

Headquartered in Boston, USA, Advent is a global private equity investment firm with deep experience in carve-outs of large industrial companies and is well positioned to support the Distributed Power business in expanding its market position and establishing a strong standalone entity. The firm has invested in over 335 private equity transactions in 41 countries, and as of first quarter 2018, it had US$38.5 billion in assets under management. Advent has a long track record in the oil and gas sector with investments that include NCS Multistage, a manufacturer of well products used in horizontal oil and gas well completion; P2 Energy Solutions, a provider of software, geospatial data, and land management tools to the upstream oil and gas industry; BP; Dow Chemicals; and myriad other companies.

“Distributed Power is a terrific asset with highly regarded engines that are the go-to OEM for the efficient generation of electrical power and heat as well as gas compression,” said Ranjan Sen, managing partner at Advent. “The business has significant growth potential on a global scale and talented employees all over the world. We plan to invest substantially in critical areas such as the product portfolio, service network, and digitization to support Distributed Power in sustainably strengthening its market position.”

“Our Jenbacher and Waukesha brands and engines are recognized all over the world for their performance and reliability,” said Carlos Lange, president of Distributed Power. “Advent’s deep sector expertise will allow us to further strengthen our capabilities for the benefit of our worldwide customers.”

Following the sale of its Distributed Power business, GE announced plans to unload its majority stake in Baker Hughes. The move comes as little surprise since shortly after taking the reins at GE, Flannery said he would explore options to get GE out of its 62.5% stake in BHGE.

The exit from the Baker Hughes, which will to occur “over the next two to three years” will effectively eliminate GE’s ties to the oil and gas market. The BHGE deal, which is just barely a year old, includes GE’s gas compression product lineup, as well as a gas turbine portfolio that has been bolstered by borrowed technology from GE’s aviation realm.

Click here to read the entire article in the August issue.