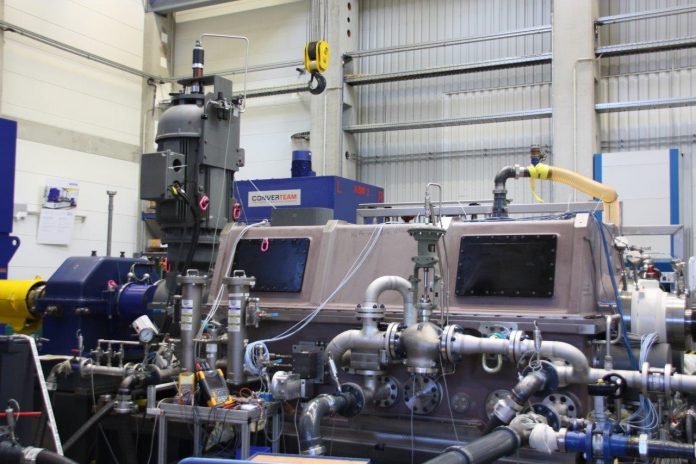 Voith has received its first orders for the VoreconNX, a modular variable speed drive that combines a hydrodynamic power transmission with a planetary gear. A petroleum refinery in the Southern United States placed two of the orders and will use the drives, which deliver low-range power up to 10 MW, at two different locations where they will transmit power at variable speeds to compressor units. The remaining order was placed by a Canadian refinery to operate an air blower.

“The key service concept of the VoreconNX allows for spare-part commonalities within the series,” said Bill Quinn, Vice President of New Business Sales, Power, Oil & Gas at Voith Turbo North America. “Due to the smart design, the downtime during an overhaul can be reduced significantly. This leads to tremendous savings for the customer during the entire lifetime.”

The first VoreconNX unit to the US will be delivered in 2019. The second US unit will be commissioned in 2020. The transmissions, which use adjustable pump guide vanes in the torque converter to improve part load efficiency up to 8%, will be used at locations in Louisiana and Texas. The first unit will drive a refrigeration compressor at various powers and speeds, while the company’s other order, going to Texas, will drive a coker gas compressor.

The unit going to the Canadian company will be commissioned in 2020, and it will be used on a blower drive in an oil sand application.