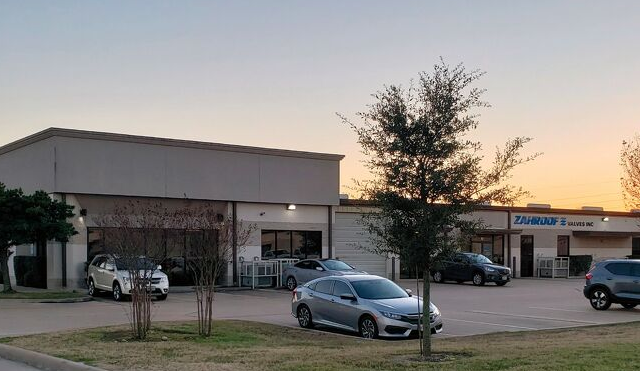 Zahroof Valves Inc. has relocated its Houston, USA, headquarters to a larger facility. The 13,400-sq-ft. (1245-m2) building brings three times the underroof footprint compared to its former location and integrates warehouse and manufacturing into the same building.

“This new move represents an exciting development for the company,” said Tony Gioffredi, chief executive at Zahroof Valves. “It provides us with the capacity to fulfill future aggressive growth and expansion plans as the industry continues to notice the benefits of our StraightFlo valves for their operations.”

Founded in 2010, Zahroof Valves offers compressor valves based on the modular reed valve technology. Its StraightFlo valve is a drop-in replacement compressor valve that is made up of replaceable reed valve modules designed so that the gas flows essentially in a straight line through the valve.

The StraightFlo valve has a design where several standard and interchangeable modules are held stationary between the valve seat and carrier. The company offers eight standard modules in three materials, with the same external dimensions, that cover the entire speed range and operating conditions of existing industrial compressors. A module is selected for a valve based on the operating conditions of the cylinder in which it is installed. Modules are interchangeable between valves, irrespective of the size of the valve, whether it be 1.5 inches (38 mm) in diameter or greater than 14 inches (355 mm) in diameter; whether it is a suction valve or a discharge valve.

“What prompted the move was lack of space,” said Zahroof Mohamed, president and founder of Zahroof Valves. “In our previous facility, we were bursting at the seams. We had increased our production capacity by a factor of 3 last year. Within the past year we had rented a separate space and used it as a warehouse. We moved everything that wasn’t essential to production, assembly and testing to the separate location. We also added more engineering, production, sales and customer service personnel to support our growing client base. We have continued to grow so it became time to find a bigger space quickly – there was no time to build.”

According to Mohamed, the new facility offers a larger production area and brings warehousing to a controlled temperature environment onsite. “We worked with Texas A&M University and created a new layout that is much more efficient,” said Mohamed. “We use a cell system in which products move more efficiently between assembly, inspection, testing, and shipping. We are currently operating one cell and are making about 2000 modules per day. We produce about 1000 complete valves per month. We have the space to go up to as many as four production cells within this new facility.”

This article appears in the March 2019 issue of Gas Compression Magazine.