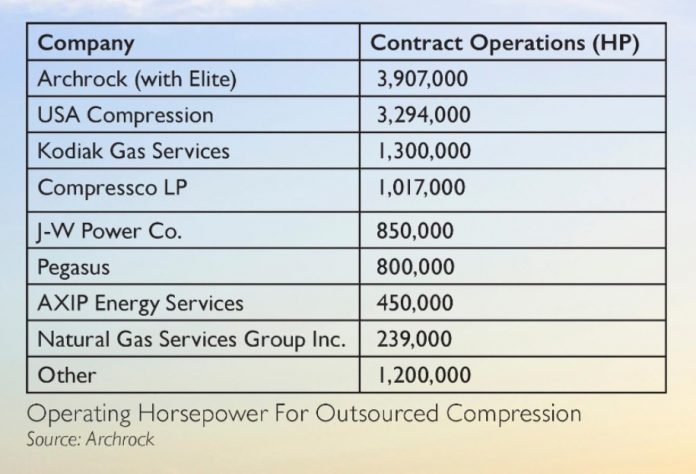 The acquired assets are primarily large-horsepower units (greater than 1000 hp [746 kW]), which folds nicely into Archrock’s inventory. As of December 31, 2018, more than 70% of Archrock’s fleet, as measured by operating horsepower, was comprised of units that exceeded 1000 hp.

“Nearly 80% of the compression assets being acquired are large horsepower, operating as infrastructure assets in gathering applications and systems,” said Brad Childers, president and CEO of Archrock. “As a result of this acquisition, on a combined basis, large-horsepower equipment will comprise about 73% of our total operating horsepower. In addition, the midstream focus of these assets results in high utilization rates and attractive contract structures. The units we’re acquiring are 97% utilized. Elite’s fleet currently serves approximately 15 high-quality customers. However, roughly 90% of Elite’s revenue comes from two blue chip customers, Hilcorp and Marathon Petroleum, with which we already have existing and long-standing relationships.”