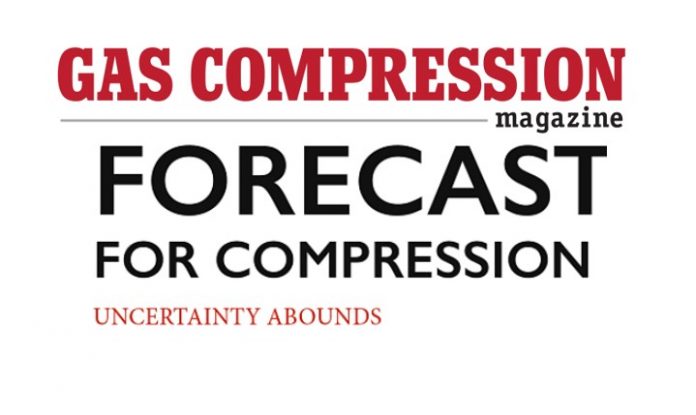 While this is good news for those doing business in gas compression, geopolitical factors are beginning to take their toll. Companies are feeling the effects of an ongoing trade war, a volatile US economy, and an increase in overall anxiety.

Cummins has changed its outlook. During the company’s second quarter earnings call, Tom Linebarger, chair and CEO of Cummins, said, “We now anticipate sales in North America will decline by 75%, compared to our 60% down expectation three months ago, with lower demand for new equipment in the US Permian Basin and reduced demand for engine rebuilds.”

“The outlook in North America remains difficult to predict. While we expect our production-oriented product lines to grow, we expect overall revenues in North America to be down slightly in the second half,” said Brian Worrell, chief financial officer at Baker Hughes, a GE Company BHGE. North America and the US land market specifically are very transactional and remain hard to predict even six to nine months out. We share the view that capital expenditure across North American operators will be down in 2019.”

Click here to read the entire article in the September issue!

This article appears in the September 2019 issue of Gas Compression Magazine. You can read the entire article right now by clicking the link above.

Want your own copy of Gas Compression Magazine delivered directly to you each and every month? Subscribe for FREE and choose print or digital delivery (or both!).