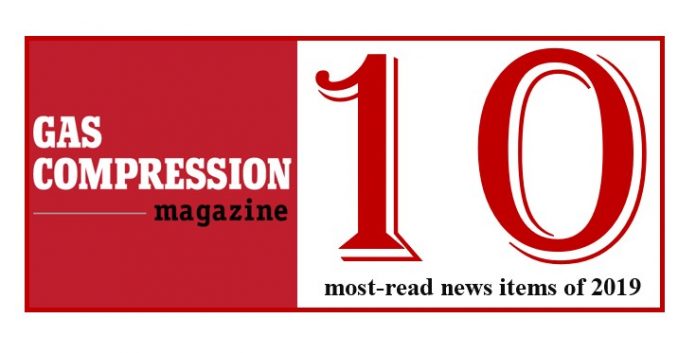 2019 is behind us, and what a year it was – big acquisitions, new pipeline projects, large contracts for gas compression… the list goes on.

We live in an age of algorithms, cookies, and all things digital tracking. Because of this, it is possible to see which news items attracted the most attention last year. Below you will find the top ten items posted to www.gascompressionmagazine.com based on page views, along with a link to the original post so you can revisit the headline all over again.

From all of us at Gas Compression Magazine, Happy New Year!

The Gulf Connector Expansion Project has been placed into full service. The Williams project is a 475,000 dekatherm per day expansion of the Transco pipeline system in Texas and Louisiana, USA, providing service to Cheniere Energy’s Corpus Christi liquefaction terminal and Freeport LNG Development’s liquefaction project.

Production runs have begun on Genis Holding LLC’s G225 LE compressor package. Nicknamed “The Mako,” it represents a step change in gas compression packaging and introduces the industry to a new compressor and cylinder design, a new engine, a patent-pending cooling system, a web-connected control system, and process gas piping.

Anyone following GE’s recent stock performance knows that the former darling of Wall Street is in desperate need of cash. In June, GE began its exit from the oil and gas industry by selling off its Distributed Power business unit to Advent International for US$3.25 billion and announcing its intent to separate itself from Baker Hughes over the next two years (see August 2018 Gas Compression Magazine, p. 10).

Five months later, the company has fast-tracked its exit from Baker Hughes, hoping to sell roughly 20% of its stake in the oilfield services giant by year-end and raise US$4 billion in the process, announcing new agreements with Baker Hughes on November 13

The US Federal Energy Regulatory Commission (FERC) has approved the full in-service of TransCanada’s Mountaineer XPress (MXP) project, allowing the company to increase the flow of gas on MXP and begin operating its Gulf XPress (GXP) project.

Siemens has opened a new 300,000-sq.ft. (27,870 m2) service center in the Pittsburgh suburb of Mount Pleasant, Pennsylvania, USA. The US$32 million facility consolidates its Power Generation Services work, which was previously performed at two separate locations in the greater Pittsburgh area, the New Kensington Tooling Facility and Penn Hall Service and Development Center. The new facility specializes in field service maintenance, repairs, modifications, and the modernization of large-scale turbines and generators.

The US$3.25 billion sale of GE’s Distributed Power business to Advent International is complete. The stand-alone business has been rebranded as INNIO, a new energy company that includes the Jenbacher and Waukesha engine lines, digital platforms, and related service offerings. INNIO will serve as the company’s master brand, with Jenbacher and Waukesha maintaining their individual brand identities under the company’s business structure. Carlos Lange, who served as president of GE’s Distributed Power business, will lead INNIO as the company’s president and CEO. 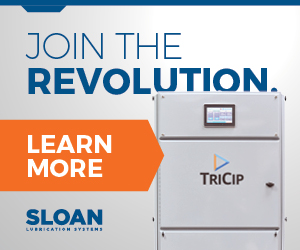 Methane – Enabler For The Energy Transition