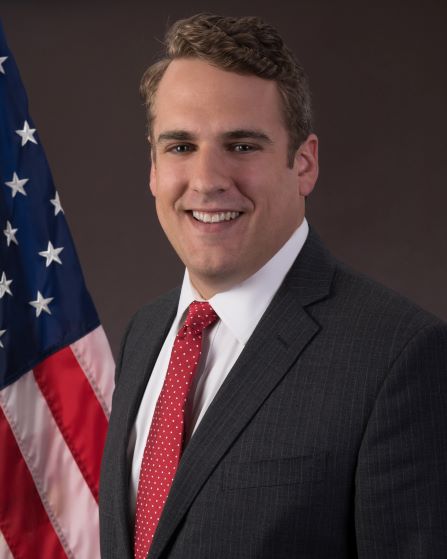 James Danly has been sworn in as a member of the US Federal Energy Regulatory Commission (FERC). Danly, who up to now had been serving as general counsel to FERC, is serving a Commission term that ends June 30, 2023.

Danly has been FERC General Counsel since September 2017. Prior to joining the Commission, he was a member of the energy regulation and litigation group at Skadden, Arps, Slate, Meagher, and Flom LLP.

Prior to his law firm experience, Danly served as law clerk to Judge Boggs, was a managing director of the Institute for the Study of War, a military think tank in Washington, D.C., and served an International Affairs Fellowship at the Council on Foreign Relations. Danly is a former U.S. Army officer who served two tours in Iraq, first with an infantry company in Baghdad and then on staff at Multi-National Force—Iraq, receiving a Bronze Star and Purple Heart.

Danly earned his juris doctor from Vanderbilt University Law School, and his bachelor’s degree from Yale University. He is licensed to practice law before the District of Columbia Court of Appeals.