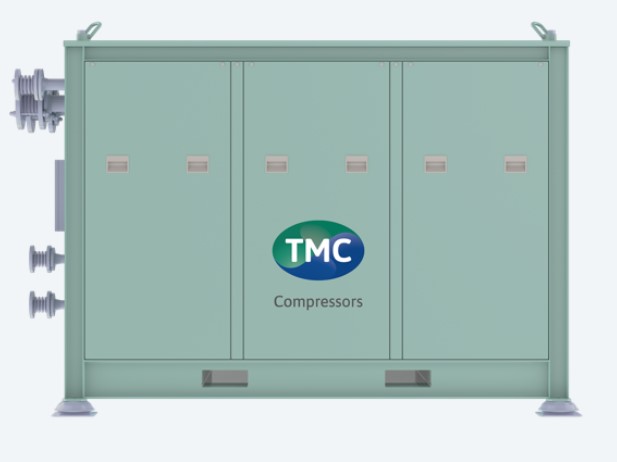 Singapore-based C-LNG Solutions has contracted TMC Compressors (TMC) to deliver boil-off gas compressors to a US-built containership that is currently being converted to dual-fuel propulsion.

C-LNG Solutions is providing its liquefied natural gas (LNG) fuel gas supply system to the containership, which is owned by Matson Navigation and converted at a Chinese yard. Under its contract, C-LNG will supply three 1350-cbm type C LNG fuel tanks with in-tank pumps and tank gauging system, low-pressure vaporizer and buffer tank, glycol-water system, and an N2 system.

TMC will provide the boil-off gas compressors to C-LNG’s fuel gas supply system. The system captures the boil-off gas from the LNG fuel tanks onboard, compresses it, and injects it into the main engine as fuel.

“By compressing the boil-off gas to the required pressure in order to supply it as fuel directly into the ship’s engine, you have an optimal system with regards to energy efficiency,” said Hans Petter Tanum, director of sales and business development at TMC. “Utilizing boil-off gas as a valuable resource is a clever way of reducing the vessel’s fuel costs quite significantly, with the added benefit of lowering harmful emissions to air too.”