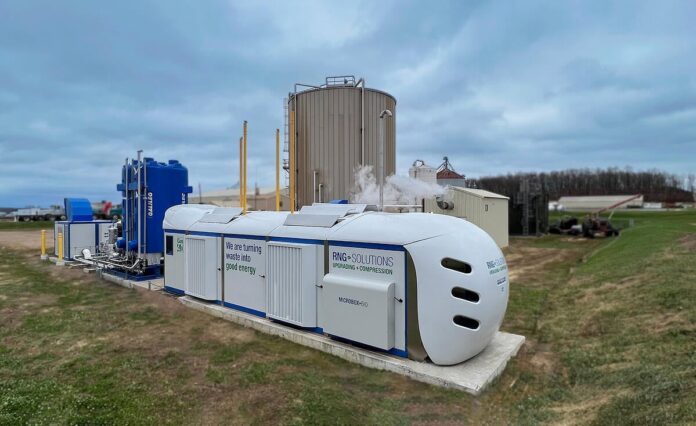 Galileo Technologies (Galileo) will supply a Microbox-Bio unit to Liberty RNG, bringing its biomethane production units in Wisconsin to three. The company currently utilizes two Microbox-Bio units that upgrade and compress biogas obtained from manure from two separate dairy farms. The first Microbox-Bio unit was installed in November 2021 on a farm that houses approximately 1200 dairy cows. The second processes waste from a herd of approximately 2500 head of cattle.

Each Microbox-Bio unit is equipped with two NX45 Compressors and is designed to process 300 scfm of raw biogas. According to Galileo, they can operate at reduced flow rates as low as 30% of the nameplate capacity. Both produce pipeline quality gas (99% methane). The methane losses in both are between 200 and 600 ppm, with the system recovering more than 99% of methane in the biogas. Its plug-and-play configuration features all the elements required, including a blower, for a direct connection to biodigesters.

Liberty RNG, a wholly owned subsidiary of Algonquin Power & Utilities Corp., works with dairy farms to ensure that biomethane project development and operation can be integrated into existing farming operations with minimal impact on the environment.