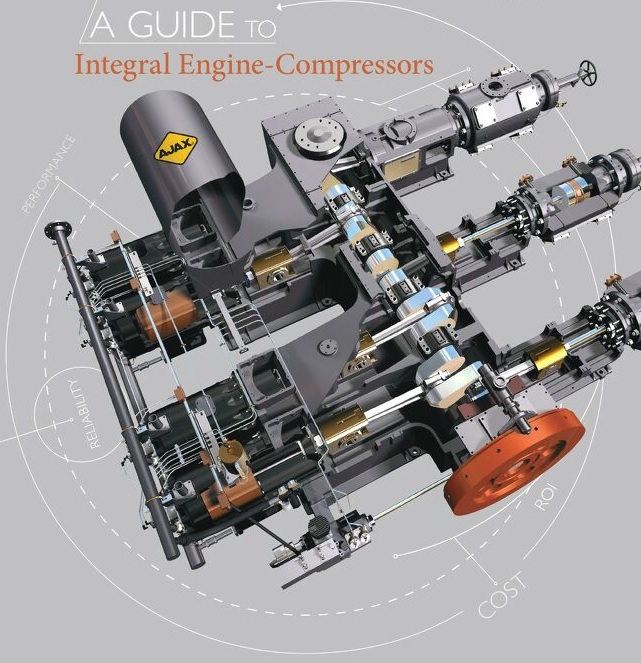 Selection of optimum equipment for gas compression applications requires a thorough comparison of both engines and compressors. Important factors to consider include first cost, operating and maintenance costs, expected service life of the equipment, compression efficiency, and regulatory compliance issues.

Engineers designed the AJAX integrals with a focus on strength and simplicity. These qualities resulted in lower operating and maintenance costs and lower downtime than is characteristic of high-speed separable packages. AJAX integrals are especially well suited for operation in remote sites with harsh conditions, such as the DPC-2803LE installations shown in Figures 1 and 2.

Selection of a gas compression package is based on many factors, one of which is the brake horsepower (BHP) of the engine. However, the main factor to consider should really be the gas compression throughput of the package. AJAX engine-compressor packages offer lower BHP/MMSCFD than high-speed separable packages, meaning that for the same rated engine power, more gas is compressed by an AJAX package than a comparable high-speed package, resulting in higher revenue over time.

The single frame and crankshaft design for AJAX integral engine-compressors results in substantially fewer wearing parts than a high-speed separable package. The AJAX two-stroke engine design is illustrated in Figure 3. Unlike high-speed engines, the AJAX engine does not have intake and exhaust valves and therefore does not need a valve train, which eliminates maintenance issues with the valves and valve train. Instead, the intake air and exhaust are controlled with ports in the cylinder.

The method for controlling the air fuel ratio throughout the operating range of an AJAX engine is described in Figure 4. …

Click here to read the entire article in the February issue.